skip to main | skip to sidebar


3. Avett Brothers- I and Love and You


10. Cymbals Eat Guitars-Why There are Mountains

Compilation: Dark Was the Night

birds of a feather 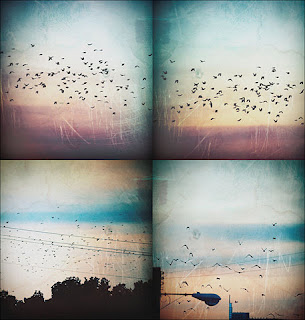 I have been quiet lately. I don't know if it's that I have nothing to say, that I have been overwhelmed with change, or that I have disjointed myself from that place of writing and I need to find the road back home. I am at work and i don't know why but I felt compelled to write, right now.

Lately (and when I say lately I mean the last few months) I have been aware of the flocking of birds, the patterns, the necessity of community and togetherness in their traveling. I am compelled by these birds. Every single day I see their movements or their resting. Living in Michigan you would think they would have been long gone by now, migratting to warmer weather and mates. But the weather has been unseasonable and they are staying and allowing me to be in shock or awe when they move and soar together.

Everyday i see their swooping. The movement. Soaring.

I am reminded that I am not alone. I don't have to do this thing called life again. I am sure some of these birds have had collisions with one another, that they are out of formation, line if you will. I am sure they are still in the flock. I hope that I can find my flock. The group of people that you gather and soar with. That you move into new places and new journeys. My fellow friends are scattered all over the place and I know one day we to shall be together but it's been awhile....and i am sure it will continue to be awhile but i know that those birds are my daily reminder to put myself out there. To continue to try new things and find new people. To create. To renew. To grow. To be challenged. To be changed.
Posted by amy at 10:29 AM 3 comments:

well just do this. 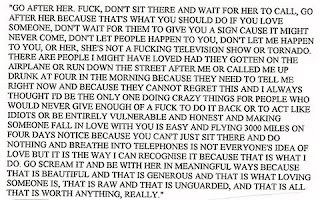 Found this here. My friend Krissee.
Posted by amy at 6:53 AM 1 comment: 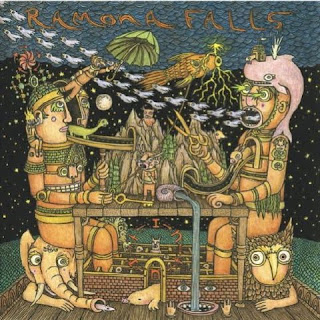 I am often skeptical when I get a stack of records and think will some of these be records be something that will be something I actually really love. This record has blown me away. It's smart, thick, and full of life and astute understanding of everyday life.

The first song entitled "Melectric" has to be one of the most beautiful songs I have heard in quite sometime. I love songs that almost encapsulate desire through what I like to call a tug of war method. It pulls you in and out until you it just breaks and bursts. Sign me up. Let me tell you I haven't stopped listening since I heard it on Sunday. I can also tell you that I might drive to Chicago just to see them play.

This is a project from Brent Knopf from Menomena. For the Ramona Falls project, named after a childhood hiking trail on Mt. Hood, Brent collaborated extensively with musicians in Portland and New York. Performed by Brent Knopf, Intuit includes guest appearances by 35 friends (including members of The Helio Sequence, Mirah, and Talkdemonic, etc.).

You can stream the whole record: HERE.

I should have been a great many of things... 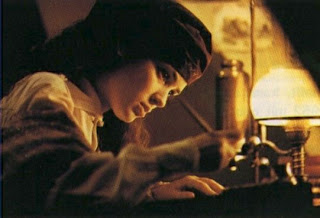 After my many travels to a land that was once my home it has shaken up what I thought was comfortable and have new thoughts and new dreams of what could be possible. When this happens I get a bit of concrete feet and watch a lot of movies and stand still for awhile. Tonight the beautiful Little Women was on and some of my favorite quotes stung me a bit.

The first is from Marme to Jo:
Oh, Jo. Jo, you have so many extraordinary gifts; how can you expect to lead an ordinary life? You're ready to go out and - and find a good use for your talent. Tho' I don't know what I shall do without my Jo. Go, and embrace your liberty. And see what wonderful things come of it.

Mr. Mayer: You should have been a lawyer, Miss March.

Jo March: I should have been a great many things, Mr. Mayer.

These two things really have been strong thoughts as of late. I don't know where my gifts, talents, and heart will lead me but I do know that the gears are turning and action and reaction will be needed.

I guess the heart wants what the heart wants. Somedays you need to argue with it and other days you just need to go with it.
Posted by amy at 8:21 PM 2 comments:

Get a really GREAT mix tape free from insound.

i love insound.
Great distributor of great indie jams.
if you don't know them....well you should.
Posted by amy at 11:29 AM 1 comment:

Adventures at the Library: Part Two

So my musical adventures continue. Clinton Macomb Library I appreciate you and your musical selections. I am a musical listening machine lately. I have to drive everywhere so I have had some time to listen and make some new impressions. So here are three more thoughts for three more records. 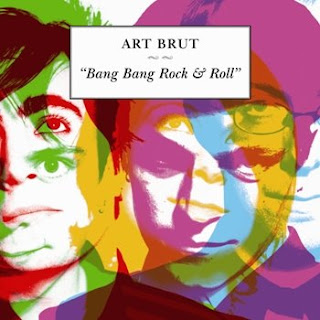 Hell yeah they formed a band and this 2005 release is amazing. Tough, fun, rock love. I love this record because it is so much fun, the lyrics are interesting, and it defintely announces hey we are a band, these are our songs, love them, hate them, f-you. I think overall it is a nice record to remind yourself to not take yourself to seriously. Art Brut released a new record "Art Brut vs. Satan," this pushes me over to edge to want to own it, listen to it, and probably dance around my bedroom with a dinosaur as a microphone. 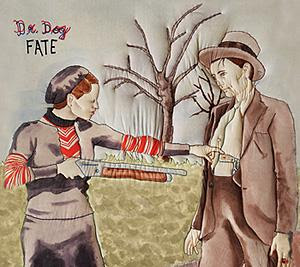 Dr. Dog: Fate
I LOVED THIS RECORD!! It's my favorite of the three I have listened to during this library round. This 2008 release missed my listening ears. Oh my gosh I love it. It's fun, it's americana, it's roots, it's just plain good. As people were talking about My Morning Jacket they should have been speaking louder about this record. It's cool and breezy, not to cocky or arrogant. If this record was a person I would love to hang out with it. Who wouldn't really. GET THIS RECORD!!! I wish I would have a year ago. 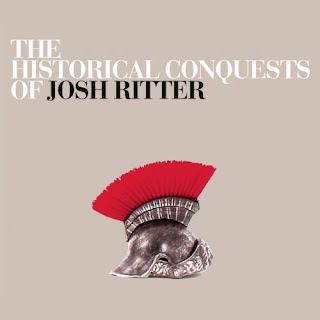 Josh Ritter: The Historical Conquests of Josh Ritter
I really got into Six Feet Under a few years ago and there was a beautiful end scene where a track from Josh Ritter was featured. The song was "Come and Find Me." So I took his advice after many listens and tried to find him. I found this record, The Historical Conquest of Josh Ritter" and was underwhelmed and to be honest kind of bored. Six tracks in I was just not into the record. Help me people! I don't understand what everyone loves about him! Is it just this record? Is it him? One track does not a great artist make. Is there anybody out there who will help me understand?
Posted by amy at 11:16 AM 6 comments:

amy
I am a simple girl. I am dialoguing to the sounds and movements of my life. Sometimes it is music, movies, art, or theology. I was asked what I do to relax and I had to think about it. It wasn't the ocean or play. It wasn't something like a museum. When I really thought about it I love going to a concert, taking it all in, and having a drink.